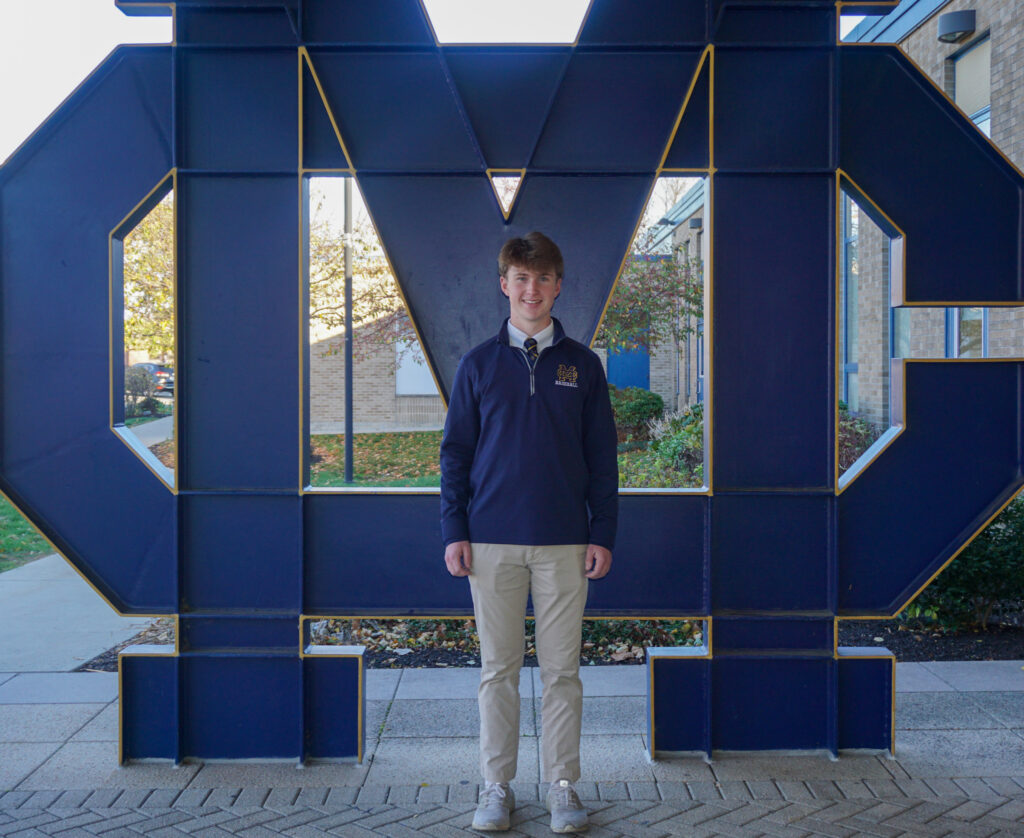 Recently, Malden Catholic received a major gift donation of $52,000 to establish a permanent scholarship fund to honor the memory of Medford native and MC student, Elmer F. King ’82, who along with another close friend from Medford, Ken Ritchie, died tragically in an accident in December of 1982. The gift was made possible by MC alumnus Mark J. Sullivan 1983 and his wife Julia O’Donnell. Long term funds such as these are often designated at Malden Catholic in memory of a loved one. A portion of the fund is provided annually as a scholarship toward a MC education for a hardworking Medford student who is a strong community member. On October 20, 2022, current MC student, Sean McCobb ‘23 received the Elmer F. King ’82 Scholarship Award and Mark Sullivan and his wife had the opportunity to meet and spend time with Sean, the first-time award recipient.

A longtime friend of Mark Sullivan from North Medford, Mark first met Elmer King in the basketball program at Saint Francis of Assisi Parish where they were teammates. According to Sullivan, “Elmer was smart, athletic and very down to earth. He always treated friends and classmates with respect and kindness. He added, “I believe it’s important to make a difference in the lives of others and therefore decided to establish this scholarship to keep Elmer’s memory alive and provide an opportunity to share the immeasurable value a Malden Catholic education provides to families in and around our community. We are very pleased to establish this scholarship in memory of my beloved friend Elmer F. King 1982 but want all to know that this scholarship came at a high price – not financially, but with the loss of a beautiful life.”

Scholarship recipient Sean McCobb commented, “I am very grateful for receiving this scholarship. Malden Catholic offers a tremendous environment for learning that has resulted in students attending top tier schools year after year. In my Senior year, I am actively involved in several cocurricular activities including MC’s award-winning Mock Trial, DECA and Guitar clubs, and it is my hope to study finance at a top New England college next year.”