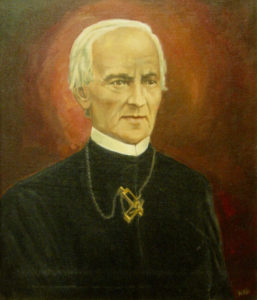 Theodore James Ryken, the founder of the Xaverian Brothers, was born August 30, 1797 in the little village of Elshout, North Brabant, Holland, of middle class parents whose ardent Catholicity is the only thing that is now known of them. Left an orphan by the early death of both father and mother, Theodore was reared by a saintly uncle who stamped deeply upon the boy’s character those qualities of faith, zeal for souls and devotion to duty that were prominently associated with his later life.

As a young man, Mr. Ryken, although trained as a shoemaker, felt himself called to devote his life to the Christian education of youth, while having no inclination to the priesthood. Whether at this time he thought of founding a congregation of teaching Brothers is doubtful, but we know that he gave himself generously to works of zeal–at one time as a catechist, then in helping to conduct an orphanage, and again in caring for cholera patients in North Holland. 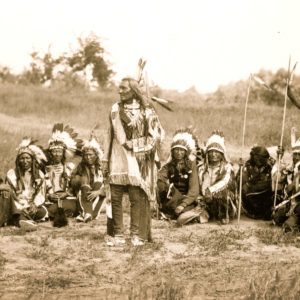 At the age of thirty-four, he went to America to offer his services as a catechist among the missionaries to the Native Americans. It was during the three years he spent in America that he conceived the idea of starting a congregation of brothers to work alongside the missionary priests. With this dream in mind, he went back to Europe and drew up a plan to establish such a society in Belgium–a country eminent for missionary zeal.

On his second journey to America in 1837, however, Ryken observed that the city youth, noticeably the children of immigrants, were even more in need of instruction than the Native Americans, and he changed his original intentions. Bishop Rosati of St. Louis encouraged him to found a religious congregation of laymen whose members would labor among all classes of American youth. Six other bishops sanctioned his plan to bring religious teachers to the United States.

The Spirit and Garb

A painting of Saint Francis Xavier, held in the Kobe City Museum, Japan

Mr. Ryken returned to Belgium to begin his work, but his first care on reaching Europe was to journey to Rome to receive the permission and blessing of Pope Gregory XVI. Then with the episcopal blessing of Monsignor François Boussen, Bishop of Bruges, he prepared himself for his mission by going through a term of probation in the novitiate of the Redemptorist Fathers at St. Trond, Belgium. It is this circumstance that influenced the Founder to model the religious garb of his order after that of the Redemptorists. The spirit of the Xaverian Brothers, on the other hand, can be be traced to the influence of the Jesuit confessor and counsellor of Mr. Ryken, Father Isidore Van de Kerckhove, who drew up the original rules. These were approved by Bishop Boussen in 1841, two years after the foundation of the infant society, known as the Brothers of St. Francis Xavier, or Xaverian Brothers.

In those days numerous religious institutes were founded all through Western Europe as a manifestation of the religious revival that was part of the sociopolitical “restoration” after the fall of Napoleon I in 1815. Yet, the vision of this Dutch shoemaker held a rather unique place among those of the many founders and foundresses of his time. Most of these people were thinking of meeting the local needs of a village, a city or a region. But with Ryken it was different. From the projects he had drawn up before moving to the first community residence, it is evident that he envisioned the foundation of a missionary institute. This was the reason, as he stated in his Plan of 1837, why he would “try to adorn the congregation with the lofty name of Brothers of St. Francis Xavier, in order to become, through his example and intercession, real children and followers of this apostle of the gentiles and to walk in his footsteps.”

And so, on June 15, 1839, with this ideal and vision, the forty-two year old Ryken went to live in a rented house on Ezelstraat in the centuries old city of Bruges, Belgium. However, it was only on June 20 that a community came into being there. For five long days the would-be founder had been waiting for the arrival of the two companions who had promised to join him in his undertaking: a tailor and a weaver. These three artisans were called to be the foundation stones of an institute of religious educators with worldwide missionary aspirations.

The implementation of these aspirations, however, proved to be more challenging than the enthusiastic Ryken had anticipated. As it turned out, his very first disciples seemed to be unable to share full-heartedly his views, and it took a year before better suited candidates were welcomed into the house on Ezelstraat. Despite poverty and hardships, the little band grew gradually stronger. Two primary schools were soon opened in Bruges, and some brothers were sent to a normal school at St. Trond for professional training.

By 1841, the community had grown beyond the space available in the little house on Ezelstraat, and Ryken, with financial help from a sympathetic banker, purchased a large estate in a neighboring section of Bruges. This was an estate called “Het Walletje,” with a large garden and plenty of space for additional buildings. The loan was a large one, however and Ryken would feel its burden for the remaining years of his superiorship. Nevertheless, the community and its work continued to expand. Candidates came from Germany, Holland, Belgium, England, Ireland and France. In 1848, a colony of brothers went to England to open schools in parishes in Bury and Manchester. 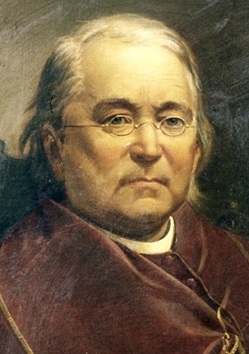 Return to America and Retirement

Finally in 1854, Ryken’s plan of sending brothers to America came to fruition at the invitation of Bishop Martin John Spalding of Louisville, Kentucky. Ryken’s relationship with Spalding was marked by tension and misunderstanding, and it was several years before this first mission in America was on steady ground.

Meanwhile back in Belgium, other problems arose that were indications of Ryken’s inability to administer well the temporal affairs of his congregation. The debt on Het Walletje had not been paid, and the lack of resources caused a variety of internal difficulties and hardships. Accordingly, in 1860, a crisis arose at the mother house in Bruges, and Ryken was invited by the Bishop of Bruges, Jean Baptiste Malou to tender his resignation. Ryken willingly turned over his office to a younger man, and then spent the last eleven years of his life as a simple subject in the order he had established.

The retirement of Ryken in his old age to save his congregation from financial ruin seems filled with irony; yet it is perhaps evidence that the work he had begun was not “of men.” He himself would have been the first to acknowledge that he was but an instrument in the hands of God, and when He saw fit to put him aside for other tools, he was content. Before his death on November 26, 1871, at the age of seventy-four, Ryken had the happiness of being present at the first general chapter of his order in 1869. By this time the threatening debt had not only been cleared, but the number of brothers had grown from 58 in 1860 to 133, and there were nine well-established communities working among the poor in the cities of Belgium, England and the United States.

During 2004-05 we marked the 150th anniversary of Xaverian Education in the United States.

The material for this brief biographical sketch has been culled from several works previously published by the Xaverian Brothers. The statue of Theodore James Ryken, founder of the Xaverian Brothers, was dedicated April 24. (Record Photo by Jessica Able)