About 50 students from Saint Bernard School’s choir and band recently returned from a weeklong trip to Rome, Italy, where they got to perform for Pope Francis. A few lucky Saints even got to shake the hand of the Holy Father.

“It was a fantastic experience to perform there in one of the holiest places in the world,” said senior Ben Ellery. “We got to showcase Saint Bernard School not only to the other choirs, but also to the world.”

The SBS music groups, comprised of students in grades 8 to 12, performed in the 2nd Annual Youth and Young Adult Choir Festival for the Epiphany 2017. The group landed in Rome on New Year’s Day and spent the week performing and visiting tourist attractions, including the Vatican museums and Colosseum. Saint Bernard School students performed for the Pope at the Mass for Epiphany at St. Peter’s Basilica, which was celebrated by His Holiness. All choirs performing in the festival sang alongside the Sistine Chapel Choir.

The SBS choir and band gave additional performances at the basilicas of St. Peter, St. Francis of Assisi, St. Ignatius, and in St. Peter’s Square.

Freshman Amber Caldwell was one of the lucky few who got to shake the pope’s hand as he blessed her rosary. 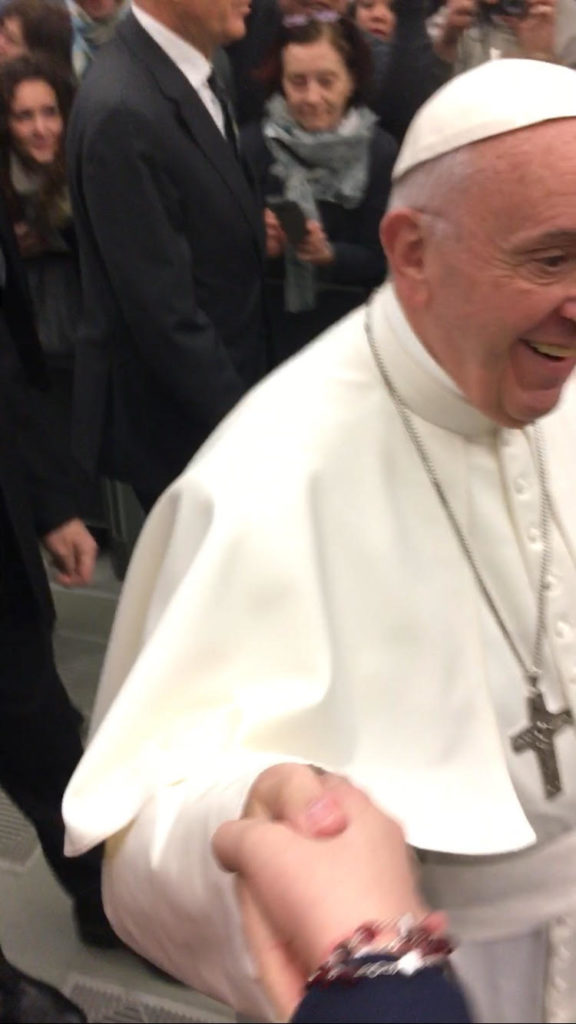