“He was one of the most inspirational teachers I have ever had in my life,” said Ann Marie (Biziewski) Caruso, a 1978 graduate who was in attendance. Her parents, now deceased, had sponsored the gallery to Mr. Belval all those years ago.

Because Saint Bernard is celebrating 60 years of educational excellence this year, the dedication was held in conjunction with the opening of the art exhibit.

There is an exhibit in the gallery which runs until November 25th. The exhibit features work from current students and alumni. Many Saint Bernard graduates who participated in the art program during their high school years have gone on to pursue art as a profession.

This exhibit is open to the public and can be viewed at the school from 8am to 3pm during school days. 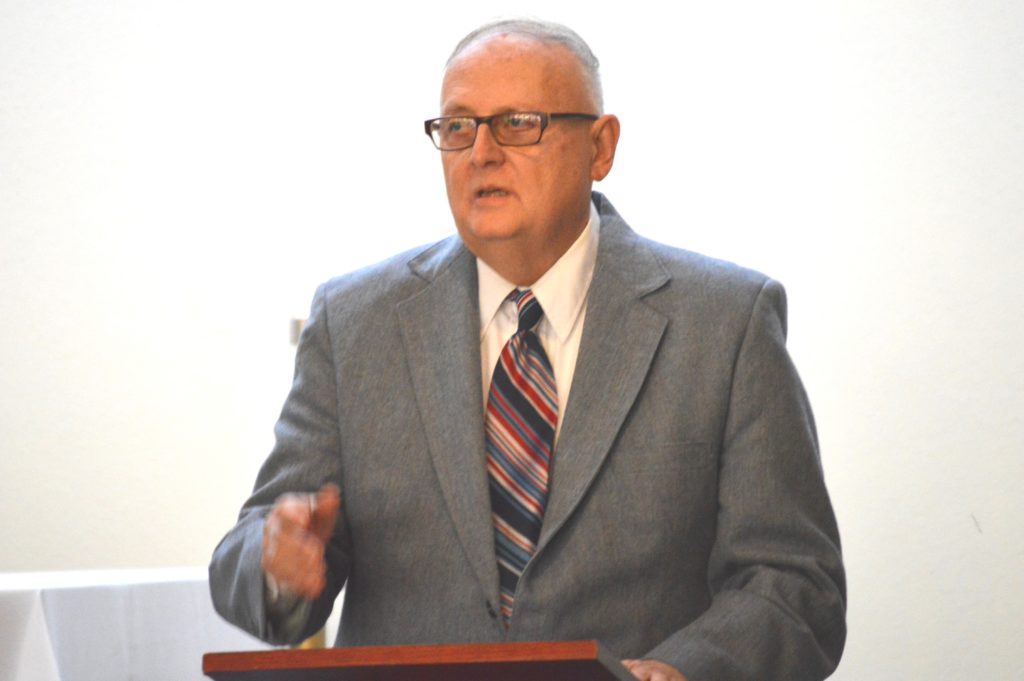