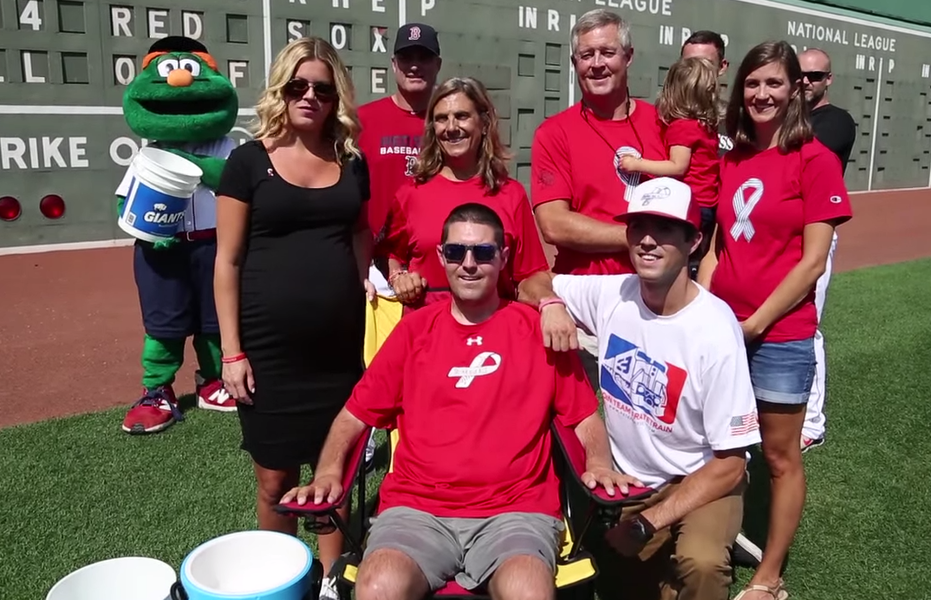 The ALS Ice Bucket Challenge is a global phenomenon. At least half of the world has been involved with it in some form or another. Recently, Jacqui Richard of the Community Spotlight Project had the pleasure of sitting down with Nancy Frates, the matriarch of the Frates family whose efforts have made the Ice Bucket Challenge what it is today. Nancy’s Son, Pete Frates (St. John’s Prep class of ’03), received the news of his ALS diagnosis in March of 2012. Pete, dedicated son, brother, father, and husband was diagnosed with ALS. He was given a prognosis of 3-5 years to live, and was told, “Every muscle you have will be taken from you, but your brain will stay intact.” There was no treatment option available, very little information on the disease, and no support system to fall back on.

Pete and his family decided to take action, and focus on what they could do instead of what they couldn’t do. Pete mentored newly diagnosed ALS patients and he and the family did what they could to raise awareness. At first, they became active in the communities of Beverly, MA, St. John’s Prep, and Boston College which is Pete’s Alma Mater.

Four years since Pete’s diagnosis, he is still active in his role of spreading awareness and raising funds to research ALS. Nancy Frates still creates events, fashion shows, and Pints for Pete to bring the community together to raise awareness and help fund research. She credits the community for the love and support shown at these events.

As a result of the Frates family and the communities they have inspired, significant money has been raised, breakthroughs have happened and treatments are being developed. ALS patients now have communities to support them and bring them hope. Famous people have been attracted to the cause, helping to raise visibility. More students are applying for internships in ALS research and development. Because of the funds raised solely by the Ice Bucket Challenge, scientists are producing more data per hour in today’s research than in all the past years of research combined.

To read the full interview between Nancy Frates and Jacqui Richards, click here.