A Network for Multicultural Education at St. John’s Prep

The sound of Chinese, English and Spanish filled Kennealy Commons during a reception hosted for Prep parents, students, faculty and staff by the Office of Multicultural Affairs and Community Development (MACD).

The inspiration for the evening was to welcome families, bring them up to date on MACD initiatives this year, and provide an opportunity for parents to network with one another, according to Raisa Carrasco-Velez, MACD director at St. John’s. See photos from the event here!

“I was in heaven seeing so many parents last night, including many fathers,” said Ms. Carrasco-Velez. “The conversations among parents were rich and powerful. Already, I see meaningful networking beginning to take place, and several parents have said that they want to get involved and support the work of the MACD office. That’s priceless.”

When he took the microphone to welcome families, Headmaster Hardiman spoke in both English and Spanish, which elicited appreciative smiles from parents and students. Ms. Rupert and Ms. Carrasco-Velez did the same in their remarks.

In his prayer at the beginning of the evening Jason Moore, Middle School campus minister, captured the spirit of the Prep’s commitment to diversity and inclusion.

“Give us eyes to see that each and every human person is made in your image and likeness, 7.4 billion men, women and children of various races, colors, backgrounds, cultures, beliefs, and abilities, living in 195 countries, speaking about 6,500 languages, and practicing over 4,200 religions. God of mystery, if we can learn something about you by examining your creation, a clear message emerges: you are a God who loves diversity.”

Attendees at the Multicultural Network Event at St. John's Prep. 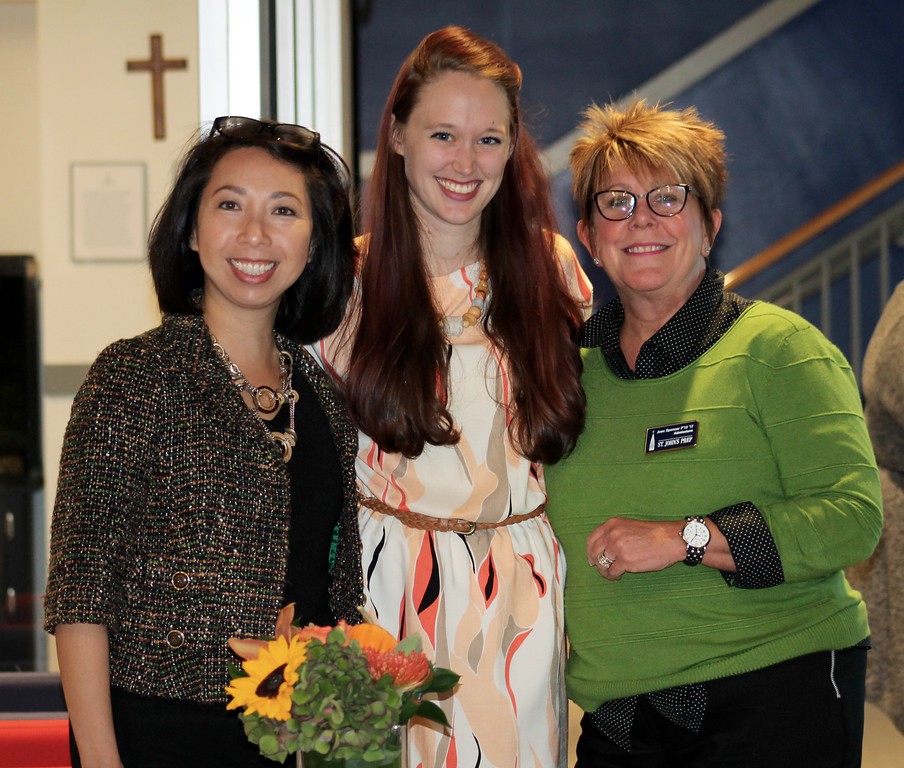 Attendees at the Multicultural Network Event at St. John's Prep.